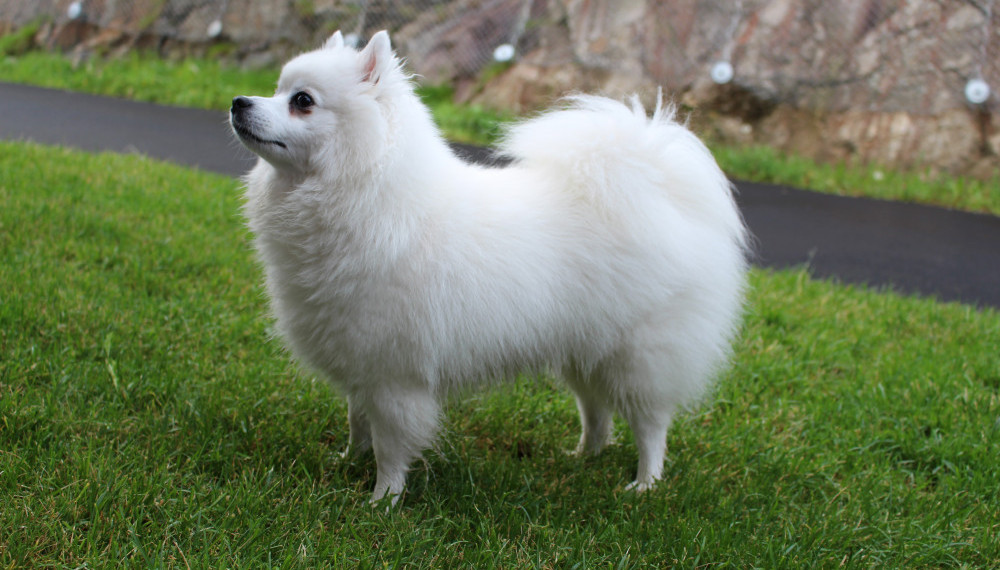 Our lovely little fur-baby, Nemi, is of the Japanese Spitz breed. She is small, about 6,5 kg and measures 32 cm in length and 30 cm in height measured from toe to shoulder. She looks like an Arctic Fox, but you can see the similarities with both the Samoyed, German Spitz and the Pomeranian breed of dogs.

Why? Well, from the literature, it is said that the Japanese Spitz is not a pure blood but a mixed race. It has been the result of breeding, mixing Samoyed, Pomeranian and Germans Spitz. With this article, I want to provide you with some facts about the Japanese Spitz, a mixed bred dog race.

History and Origin of the Japanese Spitz

The Japanese Spitz is a rather new breed. It was cross-bred from other races in the early 1900s to become the breed it is today. It originated in Japan and is the smallest of the Japanese dog races. The first time it was shown publicly, was during a dog exhibition in Tokyo in 1921. The dog breed was introduced in Norway in 1973, and since then it has become a very popular dog breed in the country. Including Norway, the race has the largest population in Japan, Sweden and Finland.

The race has been bred to specific standards and today there are four variants of the race. Below is a description of the variants and how they compare to the breeds standards.

In Norway and the rest of Europe, you will usually find an improved variant of the Hi-Crown variant.

Physical Characteristics of the Japanese Spitz 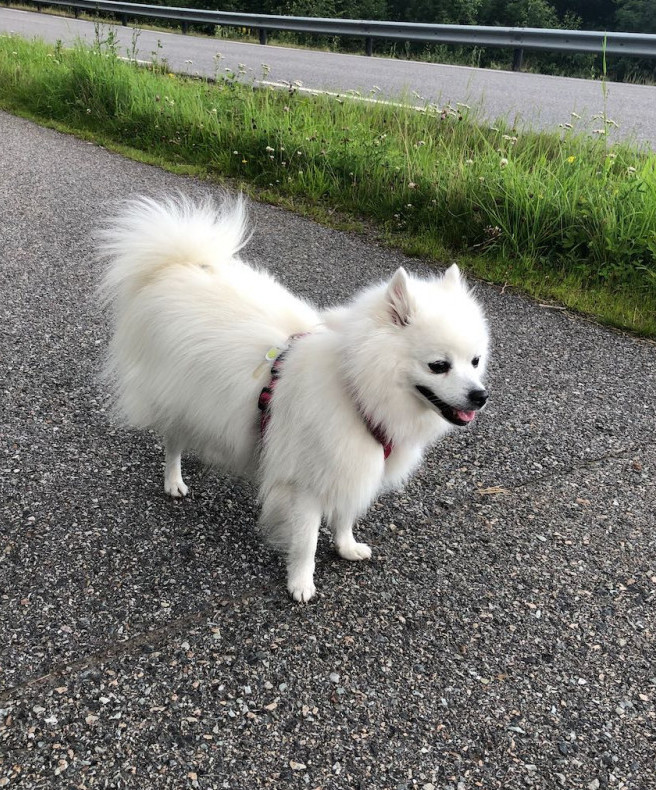 Height (above the shoulders):

The dog breed has a thick, pearly white fur, with a thick tail, curling itself over the dogs back towards the head. Its eyes are mid-sized, triangular-shaped, as its head. Its ears are also triangular and the breeds “race standards” says to shape the fur of the ears further to highlight the triangular shape.

The Japanese Spitz fur around its head is like a lions mane. The male dogs usually have a lot more fur than the females. Further, it does not have the typical “dog-smell” and is very popular because of it.

The dog breed is bred to be a watchdog and a companion dog. It is perfect for people that have not had a dog before. Its fur is easy to look after and is, to a certain extent “carefree”. Just brush the fur once a week, and its fur will stay clean for along time. It is a quick and agile race and is well suited for Agility competitions.

Mentality and Personality of the Japanese Spitz

The Japanese Spitz is a physical and mentally healthy dog breed. It is a harmonic and trustful dog. A typical specimen of the race projects pride and dignity. It radiates self-confidence and is intelligent, eager, curious and a social dog.

They are perfect as family dogs as their personality is easy-going and usually get along great with kids. But you have to let the dog get used to kids as early as possible.

The dog just loves its family and wants to be close to the family members as much as possible. The race loves to be together with you where there is action. The breed is alert and curious, and loves to dig, especially in the flower beds.

The dog can be a bit “barky” due to its watchdog instincts.

From its puppy stage, it needs to be trained in order not to be dominating towards its owners. Even if it is generally speaking a social dog, it is sceptical to strangers.

The race can be used for dog sports, dog exhibitions, as a search dog or as a watchdog. Our dog, Nemi, loves to go trekking, and even if she is small, she is extremely tough. She has been with me on quite long trekking expeditions( daytime) without a problem. This is in contrast to the race´s description that they don´t need very long dog walks.

But then again they are also quite happy with getting a bit of fresh air and “sniffing the news” for some minutes.

The race is great for agility, but need some time to learn the different agility exercises.

Are there any Health Issues with the Japanese Spitz Dog Race

The Japanese Spitz is a very healthy race and there are few occasions of diseases among the race. There is one thing though, and that is their dental health. If you are not taking precautions on a weekly basis and in addition checking their teeth with a veterinarian once a year, the breed can develop dental issues.

The main health concern for Japanese Spitz is the development of Patellar luxation, a condition in which the kneecap dislocates out of its normal position. They can also be prone to runny eyes, which is most commonly due to having tear ducts that are too small, or an allergy to long grass or stress(Japanese Spitz – Wikipedia. https://en.wikipedia.org/wiki/Japanese_Spitz).

The Japanese Spitz is a small and handy companion dog for everyday people. It adapts easily to life in an apartment in the 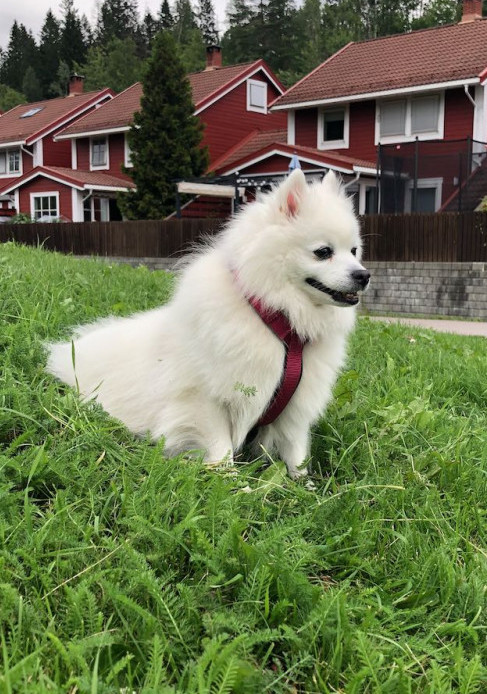 city or as a Farmdog in the countryside. Further, the race is not one of the more demanding races in regard to physical activity, but enjoys dog walks in the forests and fields. Like any companion dog, it is very important for the dogs’ wellbeing that it is allowed to spend a lot of time together with its family and that it is not left alone for whole days at a time.

We have had our dog, Nemi, with us for almost 7 years. I can vouch for the suitability of the race for first-time dog owners. She is a very sweet, caring and great little person. She always happy, at least most of the time. The only time she gets sad is on the occasions that we are very busy, and cannot offer her much of the attention she wants. Also, when we have to let her stay home for some time she gets a little bit sad. But, we are quickly forgiven, when we get home again. Then it is all cuddles at fun at full throttle.

If want to have a dog. I can highly recommend a Japanese Spitz, They are a great breed that it is easy to get along with.

18 thoughts on “Some Facts About the Japanese Spitz, a Mixed Bred Dog Race”